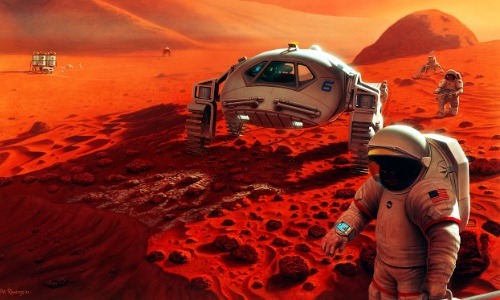 Colonizing Mars is going to push humanity to its limits, and at those limits are lessons and discoveries that can impact many fields and daily life.

For instance, NASA’s Hubble space telescope spent three years in space snapping blurry photos due to some errors in its engineering.

Although the problem was fixed in 1993, the blurry photos needed to be deciphered which prompted astronomers to come up with a computer program that could extract information from the photos.

The computer program was later shared with a doctor who used it on the x-rays of his breast cancer patients and turns out the program did a better job than the normal procedure.

This ‘cross-pollination of fields’ was a result of a venture into space; who knows what type of troves await us on Mars.