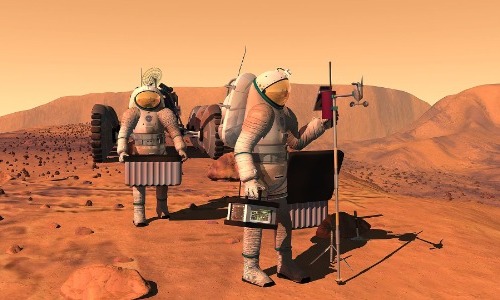 Mars has had its own shelf in Sci-fi fiction for a century now; its striking red appearance and its rigid conditions have made for good content.

Despite most writings being fictional, they have espoused the idea that life on Mars is possible; even at the dawn of technological advancement.

Early novels illustrate Mars to be some sort of Utopia or fresh start as seen in Melbourne and Mars by Joseph Fraser and Uranie by Camille Flammarion; which resonate with many motivations our current society has.

Other notable works are the Japanese animated film, Cowboy Bebop: The Movie, The documentary Space Odyssey: Voyage To The Planets, and the Netflix series Away.