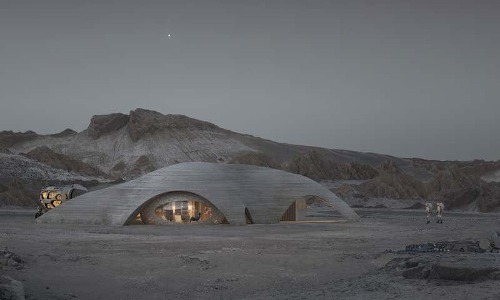 Ideas of life on Mars have long leaked into the visual arts and advocates from both sides are using art to depict what our lives would be like if we lived on the red planet.

An exhibition at the London Design Museum titled “Moving to Mars” depicts reasons why we shouldn’t go to Mars; one of the reasons being that there’s nothing to do on Mars except try not to die.

In contrast, the piece titled “the history of Mars in the human mind” focuses on showing how space agencies plan on making Mars habitable, it’s a display that includes real spacesuits and copies of rovers and Martian settlements that were 3D-printed.