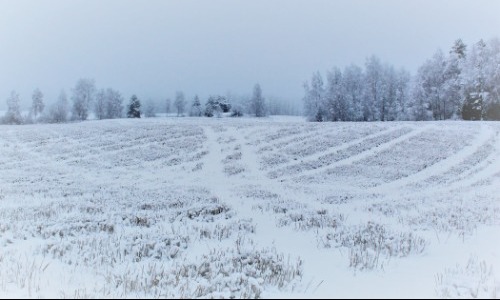 6. One Of The Coldest Summers

Can someone say oxymoron?

Much like the ‘year without summer’ in 1816, which was also caused by a volcanic eruption, summer temperatures in 536 fell between 1.5°C to 2.5°C in the Northern hemisphere with China recording snowfall in August of that year.

This sudden projection of cold weather initiated the coldest decade in the past 2,300 years.