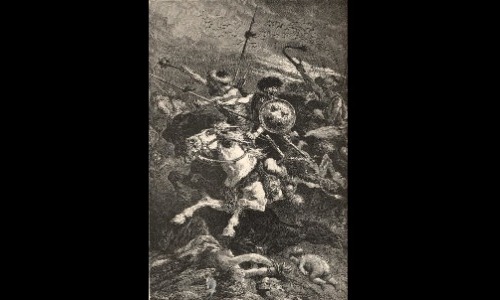 Barbarians were, in the eyes of a Roman, anyone who didn’t speak Latin or wasn’t a citizen of Rome. The fall of the West Rome Empire proved that the Barbarians were coming to take over; to the Roman’s chagrin as they hated all types of ‘barbarians’.

They included Goths, the Huns, Vandals, and Saxons. Roman Politician, Cassiodorus, stated that the word barbarian in a Roman context, was made up of the words; barba meaning beard and rus meaning flat land; implying that barbarians weren’t from cities, rather they lived in fields like wild animals.