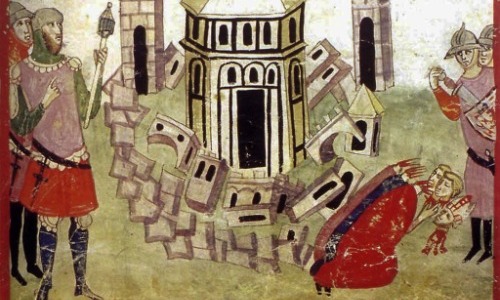 Following the ensuing of the Gothic war, Justinian I put many men in place to siege and recapture various plats of land that were previously taken.

The main targets were the Goths who were facing off with top-level Byzantian military personnel. The likes of Justinian I’s cousin Germanus and decorated military commander Flavius Belisarius were perfect weapons in undertaking the Goths.

That is until the extreme weather of 536 caught Justinian I and his inner circle off guard which led to an Ostrogoth army formed specifically to take Belisarius down.