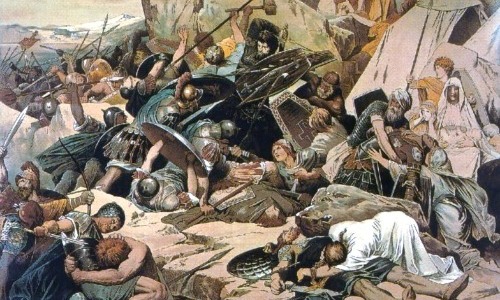 Most of the Mediterranean was having an identity crisis that erupted into a war between the East Roman, Byzantine, Empire and the Ostrogothic Kingdom of Italy from 535 till 554.

Justinian the Great was Emperor of the Empire and Theodoric the Great was the Ostrogothic ruler who was also known as the ‘Goths’. Justinian wanted to claim back provinces that once belonged to his Empire from both the Western Roman Empire and Africa.

Even though the East Romans won, Justinian drained his empire of its resources, especially, during the year 536.