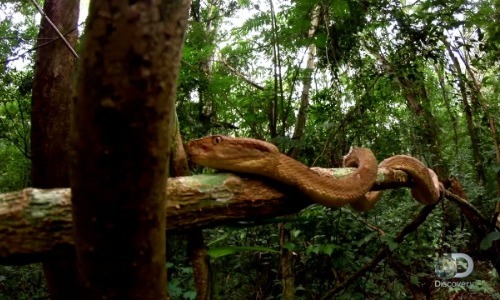 8. Snakes That Go On And On and On

Imagining an isolated tropical island full of thousand of snakes was already bad enough. Now imagine each of the snakes measuring almost half a meter long! Yep, that’s how long the Golden Lancehead vipers, the resident snakes of this island, can grow.

Sure, it may not sound like they’re too long, since cobras and pythons are known to grow to much longer lengths. But considering the fact that this island has one of these snakes for every square meter of land, there’s a very high possibility that it’ll scare the living daylights out of anyone, even with their half a meter length!
Advertisement - Scroll To Continue