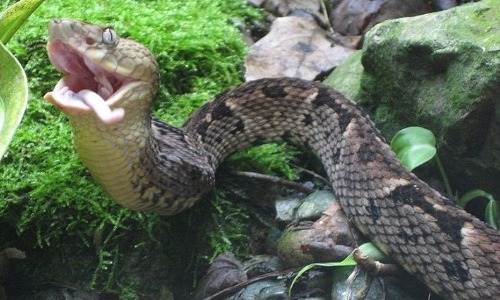 7. More Than One Species

The Dipsas albifrons also go by the name ‘Sauvage’s snail-eater’, since it mainly survives by eating small bugs and snails. Even though these snakes are non-poisonous, that’s of little consolation to any potential tourists – since the island is filled with another poisonous snake species!