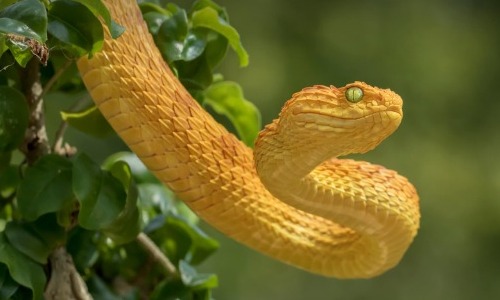 ‘Looks can kill’ goes the famous saying, and the Golden Lancehead’s deadly venom proves that this saying is true! This snake is highly venomous and has the reputation of being the most venomous snake in all of Latin America.

In fact, the Golden Lancehead has hemotoxin as well as a neurotoxic venom. When venom is hemotoxic, it means that the poison eats away at the flesh and tissue, so that it is digested before the snake eats it.
Meanwhile, the venom’s neurotoxic properties poison the victim’s nervous system – mostly paralyzing them and making it difficult for them to breathe. If that’s not a reason enough to stay away from the island, then we don’t know what is!
Advertisement - Scroll To Continue