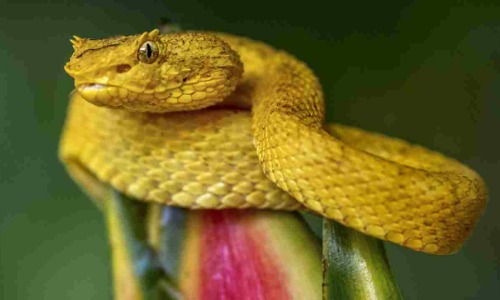 24. These Snakes Are Critically Endangered

No matter how dangerous the Golden Lancehead appear, you’d be surprised to find out that they are actually a critically endangered species that’s under the threat of extinction. Even though the island has no other predators, the fact that this species is restricted to only this island means that its numbers are limited.

Every biological species needs a wide and varied gene pool to mate and have well-adapted children with. However, scientists have observed that there are several cases of inbreeding of the snakes on the island, which is leading to formed and weaker future generations.

The main reason behind this is probably the very limited gene pool, since these snakes are only found isolated on this island, and are mating with each other.