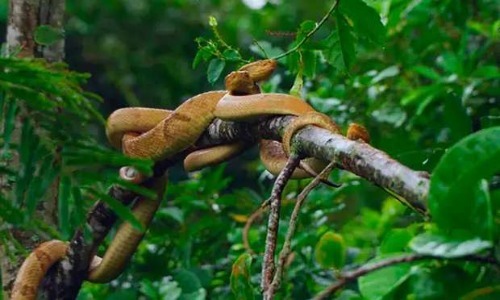 22. Given Rise To Illegal Smuggling

You can trust humans to take something rare and dangerous, and trample all over it with illegal behavior..sigh. Because the Golden Lancehead viper is only found on the island of Ilha da Queimada Grande, this has given rise to a massive black market for these snakes.

According to reports, smugglers have been secretly traveling to the island without permission, and have been trapping snakes and bringing them back to the mainland to sell them to willing buyers. Apparently, each of these snakes can fetch as much as $10,000 all the way up to $30,000.
Not only is smuggling these snakes is violent, unethical, and deadly, it is also a very dangerous thing to do for other reasons. In case any of these snakes escape and repopulate other regions, it could completely damage or change the fauna of that area forever.
Advertisement - Scroll To Continue