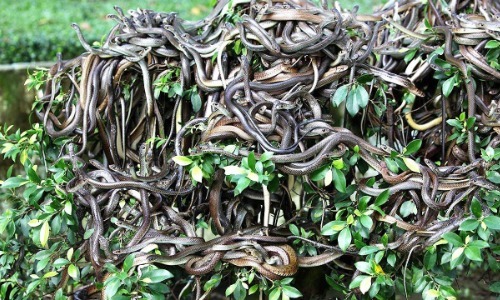 1. It Is Literally *Full* Of Snakes

Located 33 kilometers off the coast of Sao Paulo, Brazil, the real name of this island is ‘Ilha De Queimada Grande’. But it’s got a far more popular, and creepy, nickname – ‘Snake Island’ ! And there’s a solid reason why it has earned that name.

According to Smithsonian, there are anywhere between 2,000 to 4,000 Golden Lancehead Viper snakes on this freaky island – now that’s seriously snake-infested. Imagine thousands of snakes slithering around on the ground as you walk – just the mere thought of that is enough to realize why it’s called the world’s deadliest island!