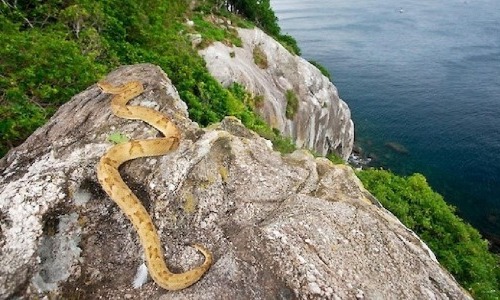 12. These Snakes Are Kings Of Their Jungle

There’s a good reason why this island has thousands and thousands of Golden Lancehead vipers..because there are no known predators of this species of snake. With no predator on the island to hunt and control their population, the numbers have risen unchecked.

Because of the viper’s strong poison, it would be very tricky for a predator to take on and successfully hunt the Lancehead. But forget predators, there are hardly any other animal species on the island. Even birds have been observed to avoid flying too close to the island, because the ones that do stop by may never make it back!