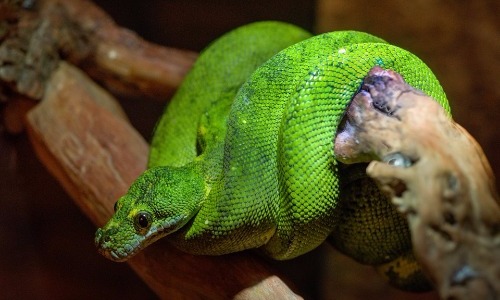 This particular snake is bright, small and usually rather shy, which means that they don’t tend to cross path with humans. They don’t make a habit of attacking humans unless they’re threatened or cornered.

Unfortunately, Boomslang venom is a hemotoxin that makes it impossible for blood to clot. When someone is bitten by a Boomslang, they’re likely to start to slowly bleed out of the pores in their body, since they’re not able to clot their blood.