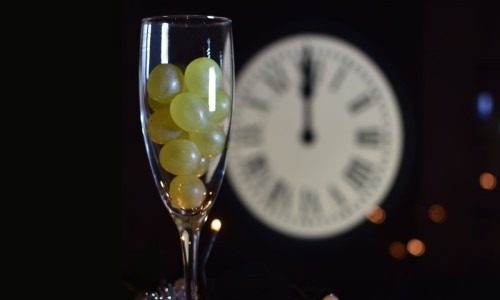 At the stroke of 12 on New Year’s Eve, when the entire world celebrates the beginning of a new year with booze and fireworks, Spaniards stuff their mouths with precisely 12 grapes – one for each month of the coming year. And they must all be gulped down at the stroke of midnight.

According to Spanish tradition, eating grapes on New Year’s Eve is a token of good fortune and health. They do drink, yes, but that’s left for the last. Cava, a traditional Spanish white wine, is consumed at the end of the celebrations to mark the new beginnings.

So, if you plan on spending your New Year’s Eve in Spain, save the booze for later and instead focus on downing grapes.