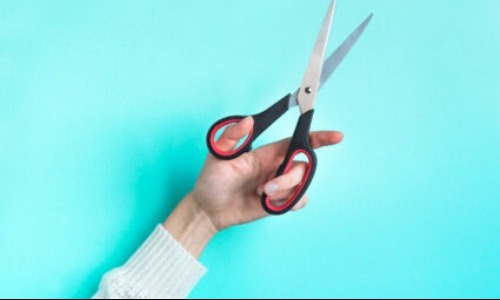 Paying with scissors isn’t a good idea, as it might cut you here and there. Besides this very obvious reason for not toying around with scissors, there’s also a superstition that calls for precaution.

In Egypt, it is believed that opening scissors without cutting anything is bad luck. In fact, leaving the scissors open is also considered very unlucky.

There are other versions of myths associated with scissors, one of which states that a pair of scissors shall never be given as a gift because it will strain the relations between the giver and recipient.

Another superstition attached to scissors states that if you drop the scissors on the floor, you shouldn’t pick them by yourself or else you’ll attract an ill fate.