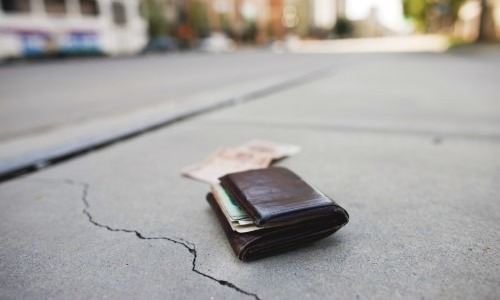 24. Leaving Your Wallet On The Ground

It doesn’t take a rocket scientist to know that leaving your wallet or purse on the ground is not just unlucky but pure unsafe. Why, you ask? Well, who wouldn’t want some extra cash lying around on the street?

However, in some parts of the world, like in Brazil and other South American countries, it is considered to be rude and a sign of bad luck to leave your wallet on the ground. The belief stretches to the Philippines, where people consider it an invitation to poor financial health.

In China, there is a saying that reads “wallet on the floor is money out the door” in English. It stems from the idea that putting money on the floor is a sheer disrespect to a life-sustaining resource.