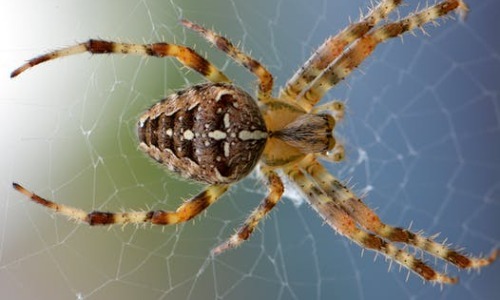 #7 Male Spiders Know How to Woo Their Woman

Even the animal kingdom is not left untouched from the world of romance. Some of the insects such as spiders try to please their female counterpart through various gifts and coax them for mating just like human beings.

This typical behavior is widely observed in spiders. Unlike other animals and insects, spiders don’t follow natural instincts and instead work hard to get themselves a lady. What does a lady spider demand? A dead and delicious insect, of course. Yes, male spiders spoil their crush with food. The males often wrap up the snack in silk before presenting it to the prospect.

These spiders are pretty chivalrous in nature we believe! However, while some males present juicy flies, others give mostly eaten gifts.

These are pretty much worthless, but since it’s wrapped in silk, the female can’t tell what he’s given her until they’re already mating. It’s like getting a box of chocolates and then opening it later to find out there’s one piece left — and it’s milk chocolate that no one prefers to eat.