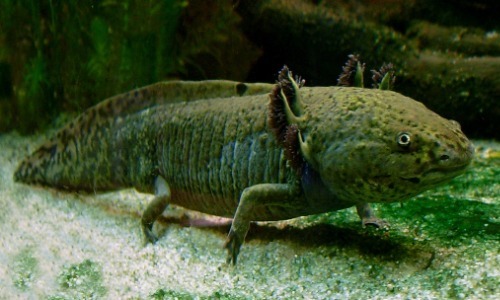 The axolotl is a half-grown salamander that behaves pretty much like a human child! Also known as the “walking fish”, it never really fully grows up because it keeps its gills and other breathing organs outside the water! They are water bodies and cannot survive outside water.

When mating, both male and female do some sort of couple dance and then the male releases his sperm which is transparent and resembles Hershey’s kiss. Thus the female then sits on it and her eggs are fertilized through that action.

Sadly, this has become a critically endangered species.