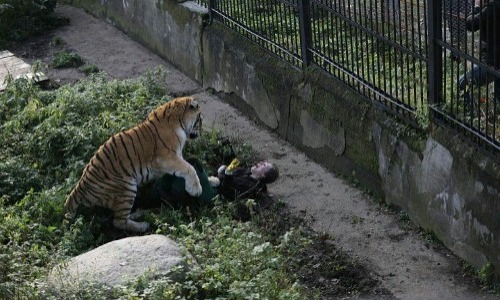 Tigers are known to attack when least expected and on the slightest provocation. The San Francisco zoo however saw two separate attacks take place in the years 2006 and 2007, both which involved the same female Siberian tigress- Tatiana.Tatiana had no prior record of hurting or attacking humans before her transfer to the San Francisco zoo from the Denver zoo in 2005.

In 2006, she bit zookeeper Lori on her arm when she was being fed through the enclosure grill, before an audience of tourists. In 2007, she escaped from her open-air enclosure and killed one person besides injuring two brothers. She was shot by police on the same day.