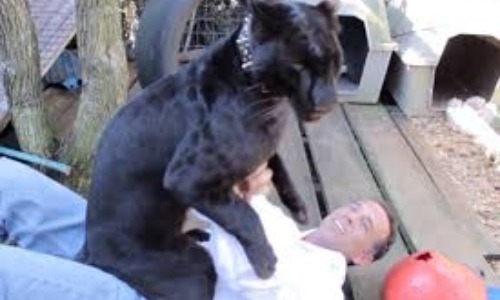 Dwight Turner from Florida paid the owner of a private animal sanctuary a lot of money in August 2020, in order to get closer to a black leopard. The ‘full contact’experience was supposed to include rubbing the belly of the leopard and even playing with him but little did Turner realize that he would end up going to the hospital for treatment.

Not only was Turner fully attacked by the leopard who obviously did not appreciate getting this close to a human, but he also had to undergo many surgeries to save his life. The minute he walked into the enclosure, one of Turner’s ears were ripped apart and his scalp was left hanging from his head.