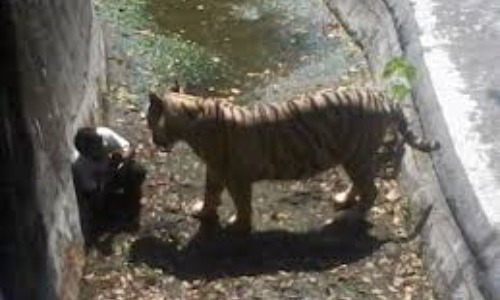 New Delhi witnessed a brutal animal attack in September 2014 when a 200 kg white tiger mauled a youth at the National Zoological Park, after he fell into the moat.The incident occurred in the afternoon and was captured on video, which soon became viral. Eyewitnesses stated that Maksood who was just 20 years of age,crossed the safety barrier of the white tiger’s enclosure and fell directly into the moat that separated the tiger enclosure from the viewing gallery.

The tiger appeared to be surprised to see the human and reports say that it was when visitors started throwing stones at the tiger in order to distract him, that the tiger suddenly became aggressive and attacked the youth, even dragging him by the neck.