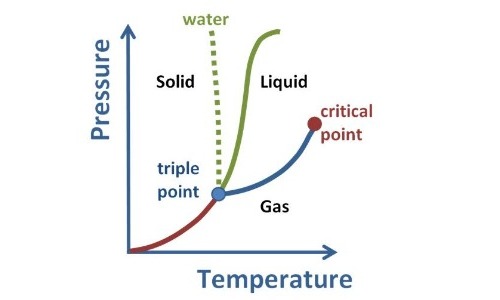 20. The Phases of Matter

Mostly everyone in the world today is familiar with the different states of matter. No matter how each one is formed, we all know the basic three, and even the uncommon fourth. There are four stages of matter, solid, liquid, gas, and plasma.

Solid is the most common, which is gas, is formed with ions, atoms, and molecules that are closely packed together. These particles are unable to move freely and only vibrate, which causes them to form a dynamic shape that can only be changed when an outside force acts on them.

Plasma, which is a more uncommon type of matter, is similar to a gas but doesn’t have electrically conductive fields. Gasses can convert into plasma, but plasma cannot be converted back. This state is very misunderstood because it doesn’t truly exist in normal conditions on earth, but is mostly generated through lightning, electric sparks, fluorescent lights, and plasma televisions.

The other two forms of matter are Gas and Liquid, which will be explained further.