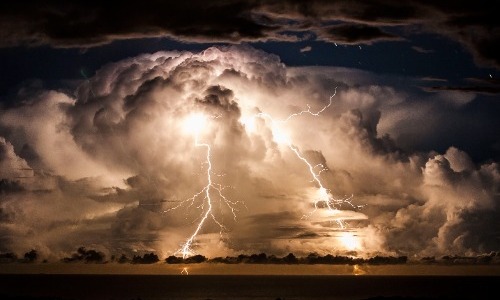 That’s because the speed of light is way faster than the speed of sound. In fact, counting the second in between a flash of lightning and the sound of the thunder can help you calculate how far away the lightning is.

Apparently, a three-second delay means the lightning struck around 0.6 miles away from where you are!