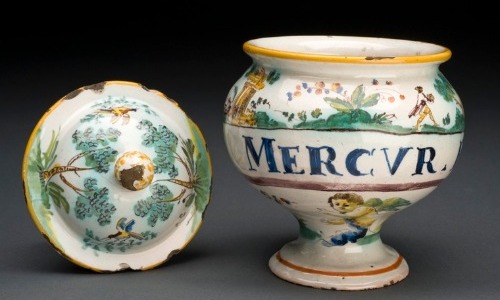 This highly toxic element was once hailed as an elixir and used in a number of topical medicines all over the world from Persia, Greece to China!

A deadly cocktail of mercury, sulfur, and arsenic was given to their gullible patients and followers to consume in order to acquire immortality and superhuman abilities. People were led to believe that liquid mercury, or quicksilver as it was popularly known, had magical powers to increase lifespan, boost energy and even cure syphillis.

As a tragic irony, many of its users died from mercury poisoning. The First Emperor of the Qin dynasty, Qin Shi Huang died from poisoning after routinely consuming liquid mercury concoctions in a desperate attempt to gain immortality.