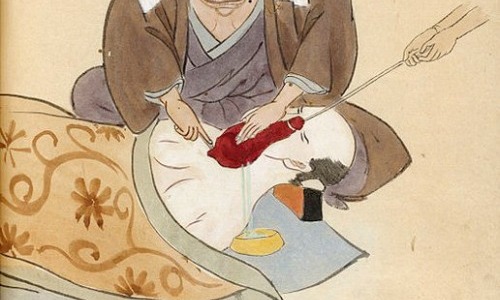 Before the discovery and development of modern anaesthesia, we shudder to imagine how painful surgeries would have been without it. However, even back then doctors used various substances ranging from opium, mandrake, juniper and cannabis as a crude anesthetic to sedate their patients. The oldest known sedative, Alcohol, was used to relieve pain in ancient Mesopotamia, thousands of years ago.

The ancient Egyptians had an array of surgical instruments as well as crude anesthetics made from mandrake extract to perform operations while ensuring comfort to the patients. Early Indian civilization used cannabis incense and wine to reduce discomfort at the time of operations.

You would be surprised to know that ancient Chinese surgeons such as Hua Tuo in the 2nd century AD formulated a unique oral potion called “mafeisan” by mixing special herbal extracts with wine. This intoxicating drink allowed Hua Tuo to perform major surgeries while the patient was in a state of general anesthesia.