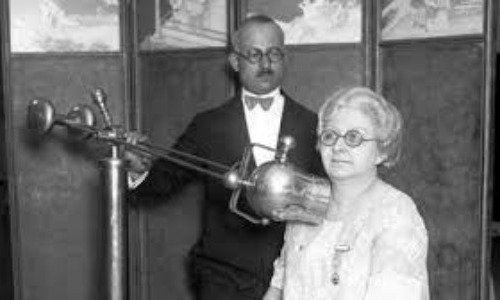 In the early 20th century, Radium was promoted as a reliable treatment for arthritis, impotence, and aging. In an unregulated market, a toxic drink by the name of Revigator was marketed as a healthy and remedial drink that could be consumed straight out of the container.

The drink contained not just radium but small quantities of arsenic and lead as well. The consumers of this highly toxic concoction started falling ill from radiation sickness.

Thankfully by the 1940s and the 1950s the use of radium as a medical treatment drastically reduced. Radium water was also marketed as an energy drink, RadiThor in the 1920s which was advertised as “A Cure for the Living Dead” and “Perpetual Sunshine”.