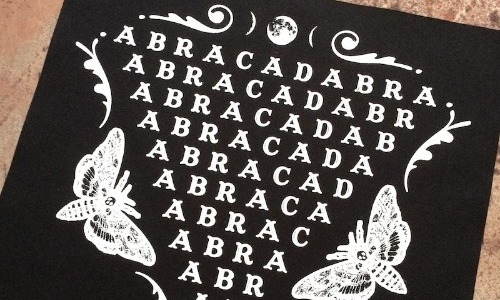 Ever heard of a one-word cure for a disease? If only it were that easy. In ancient Rome, a severe case of malaria could be treated with a magical word.

A Roman physician in the 3rd century AD used to ask his patients to jot down the word ‘Abracadabra” repeatedly on a piece of paper in a triangular pattern. They then had to tie up the paper and wear it around their necks like an amulet for nine whole days before throwing it into an east-flowing stream.

The Abracadabra amulets became quite popular and the word became associated with protection from diseases. People started spending good money on amulets to keep them safe from harm.