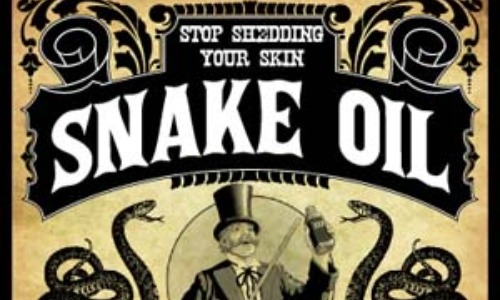 Snake oil is has been a legitimate medical treatment that has been a core part of Traditional Chinese Medicine for centuries. The oil was primarily used to relieve joint pain and is believed to have been brought to the US by Chinese laborers who came to build the Transcontinental Railroad in the mid-1800s.

After a hard day’s labor, the workers would rub the oil on their aching joints and also share it with the Americans, who then started hailing its therapeutic properties.

Snake oil contains EPA, an omega-3 fatty acid that helps in reducing inflammation and blood pressure. Unfortunately, there are a lot of fake and useless snake oils in the American market which has led to the treatment being regarded as somewhat of a hoax.