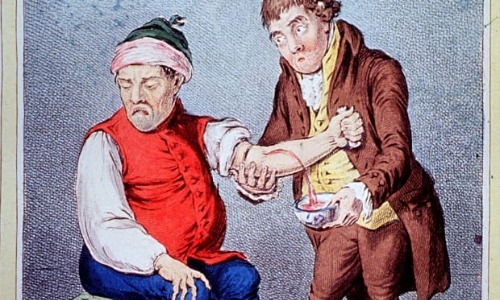 1. Bloodletting: Supposed Cure for All Ailments

This was a wildly popular treatment to cure just about anything from plagues to dental problems! This ancient practice was based on the theory of “overabundance of blood” and how draining one of it by using leeches or sharp instruments would aid in preventing and curing all forms of illness.

Believed to have originated thousands of years ago in ancient Egypt, bloodletting became a common treatment between the 5th to 3rd century BC after it was advocated by revolutionary Greek physicians such as Hippocrates and Erasistratus.

Bloodletting was still in practice till the 19th century but its popularity had drastically declined due to several accidental deaths from blood loss. The medical community discredited this risky treatment after realizing that it did more harm than good to the patients.