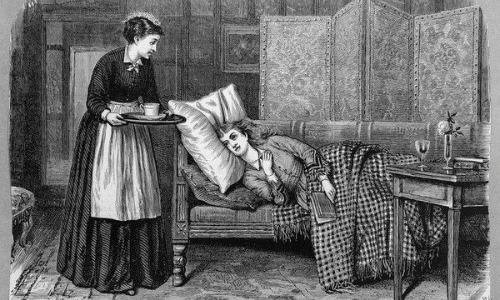 In the late 19th century, a medical treatment that was popularly known as the rest cure was created by neurologist Silas Weir Mitchell. The treatment was developed to address hysteria, eating disorders, and depression.

The cure was designed around three elements- isolation, rest, and feeding and was prescribed mostly to ailing women. This bizarre treatment involved lying in bed in the same position for a period of up to two months with almost no contact with the family. No mentally stimulating activity such as talking, reading, and writing was allowed.

The absurdity did not stop here, the women on bed rest were fed a rich diet of butter, bread, milk, raw eggs whether they liked it or not. This highly ineffective and barbaric cure would often lead to its patients going completely insane or dying.