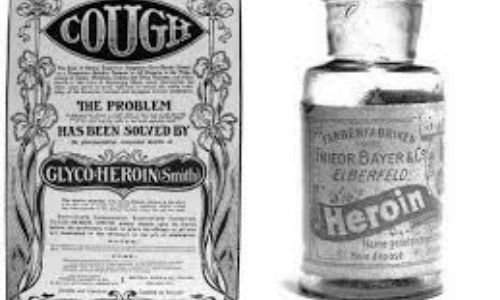 Dangerous narcotics such as Opium, Morphine, and Heroin were freely used as ingredients in cough syrups by drug manufacturers in the largely unregulated pharma industry in the 19th century. In 1895, a German Manufacturer, Bayer introduced a cough remedy “Heroin” which to our horror was also promoted as a cough syrup for children.

The company went to the extent of publishing several ads in various newspapers promoting the use of Heroin to treat cough and bronchitis in kids. The company amassed a great fortune by commercializing aspirin and Heroin as a quick remedy for cough and cold.

These medicines soon became the leading cause of high addiction rates amongst its users and were eventually discontinued. Heroin was altogether banned by the FDA in 1924.