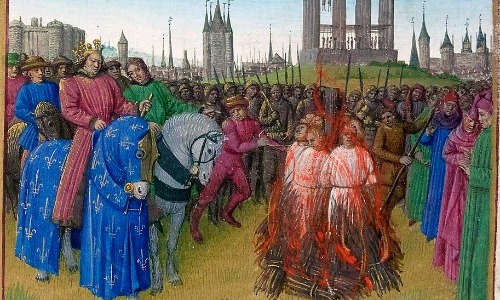 3. Feared For His Life

Making wild and bold claims about how future events would unfold was quite a daring thing to do, especially in medieval Europe. Because of that, Nostradamus had a nagging fear for most of his life that he would be persecuted by the Inquisition, and be accused of heresy. And in medieval Europe, once you’re accused of heresy, there’s little you can do to escape your fate!

But fortunately for him, making prophecies did not qualify as heresy at that time, and neither did studying astrology – both of which Nostradamus was involved in. So, he was safe..but considering how violent and unpredictable the times of inquisition could be, we think his fear was at least partly justified!