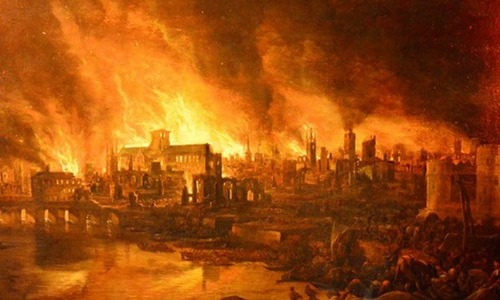 The great fire of London was a devastating city-wide fire that happened in the year 1666 and destroyed pretty much all of London. The fire incinerated St. Paul’s Cathedral and raged for a full three days before it could begin to be extinguished.

Creepily enough, Nostradamus had predicted that the ‘blood of the just’ would be demanded, ‘burnt by fire in the year 66’, and ‘many of the same sect’ will be killed. This has been interpreted as a clear prediction of the 1666 fire that killed several people of the same faith.