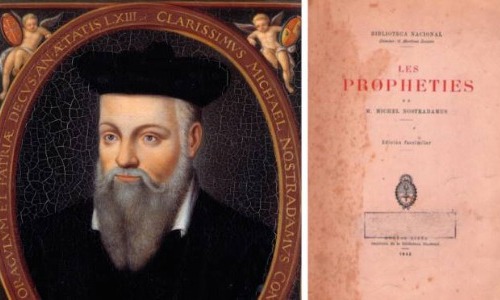 With the wild success of his almanacs, he soon became somewhat of a celebrated figure in his circle. As word of his prophecies started to spread across Europe, he began attracting the attention of European royalty! Soon enough, the high and mighty from the European nobility started writing to him – asking him to offer them advice and predict their future.

Noticing just how badly people of all classes and backgrounds wanted to know the future, he decided to undertake a massive project that he is best known for today – he would write 1000 different ‘quatrains’ of prophecies without mentioning any dates on them.

Quatrains are stanzas of four lines that have alternating rhymes. These little poetic prophecies shot him right to stardom in his time.