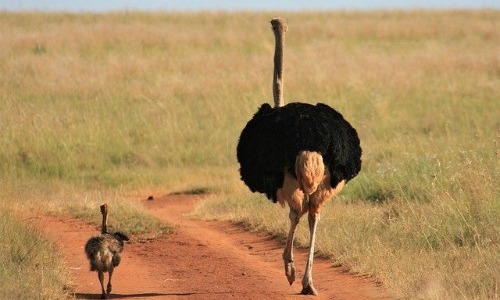 #6 Ostrich’s Eyes Are Bigger Than Its Brain

Ostrich is the biggest bird in the world and according to experts, it has the biggest eyes in the entire animal kingdom. 2 inches at diameter, its eyes are at least two times bigger than its cerebrum.

So if you ever see an Ostrich running or dancing around in circles, not being able to protect itself from the predators, don’t be startled. The poor bird might just be busy managing its brains and vision, all at once!