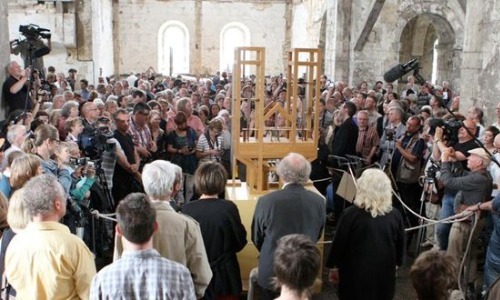 The famous organ performance of ‘As Slow As Possible’ at St. Burchardi church in Halberstadt, Germany, began in 2001 and is recorded to end in 2640 (639 years!).

Almost 20 years in, and with 619 years left, the organizers call it the longest concert in the world and claim that the concert will come to a halt only in case of war or a rebellion against creativity and art.