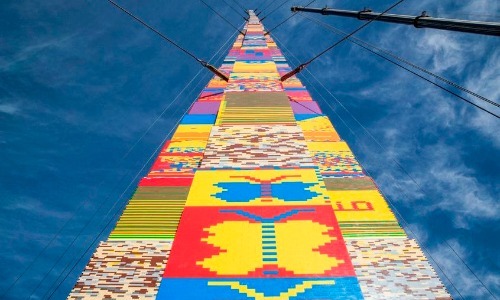 If your childhood has Legos in it, then you probably thought that your Lego building was the tallest of all.

Delaware’s entire school took their obsession of Legos to another level. The students ended up making a world record by creating the tallest lego tower in the world.

The recorded lego tower stands tall at 112 feet, 11.75 inches. For those keeping record, that’s 11 stories! The 500,000-brick tower was built in classrooms across the district for months and then assembled into one giant structure. Impressive, isn’t it?