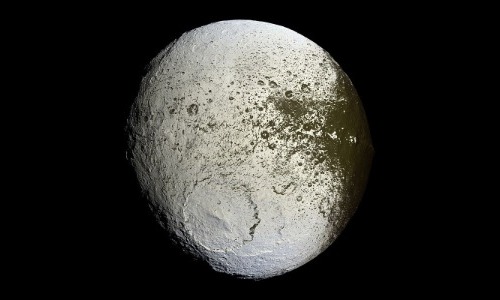 For those who are fans of Star Wars, a real-life Death Star could be a tragic end to our existence. In case you don’t have extensive knowledge of Star Wars or the Death Star, this is a planet-killing machine with a laser-like lens, found in a fictional movie franchise.

Oddly enough, one of Saturn’s moons, Iapetus, looks similar to the Death Star, making some people believe that it’s alien created. In 2016, the Daily Mail published an article that claimed this moon was created by aliens and that it would cause powerful damage to our solar system.

The line around this moon’s equator resembles the trench that the death star contains, making people come up with all different types of theories.