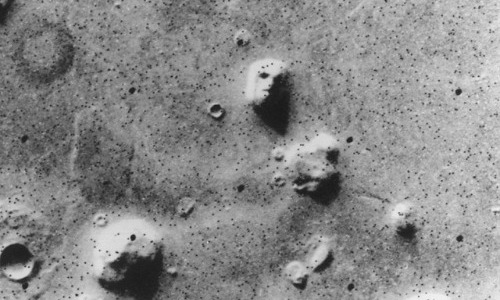 7. The Face Found on Mars

In 1979, a spacecraft that NASA launched, allied Viking 1, took a few pictures while orbiting Mars. When these pictures surfaced, some said that there was a face that was showing on Mars’s surface.

Many said that this face was left as evidence by aliens that lived there, but NASA pointed out shortly after that it was simply a pile of rocks casting their shadows.

NASA then followed up these conspiracies with a better resolution picture taken from the Mars Resistance Orbiter in 2001, which made it clear that no faces were found on Mars.

In the end, NASA proved that it simply was a trick shadow and that the lighting was just wonky, which made a face appear out of nowhere.