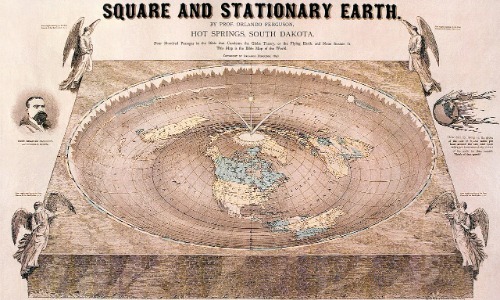 Another widely recognized conspiracy, and one that is very popular nowadays, is that the earth isn’t round… but flat.

It’s so widely known that there is even a group of people called the Flat Earth Society, where they argue that the horizon is set at eye level, which couldn’t be possible if the earth was round.

Some will also say that there are no full videos of the earth rotating from space, which actually isn’t the truth. NASA published a video of the Earth which was taken from their satellites, showing full orbits, proving that the earth is round.

Recently, there have been pictures taken by astronauts that are living on the International Space Station, that fully show the Earth’s shape.