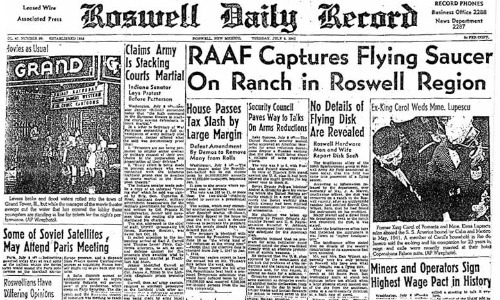 23. Aliens Have Landed in New Mexico

In a small ranch, located in Roswell New Mexico, people said that an alien spacecraft crashed there in 1947. There are no similar accounts documents, but many people reported saying close to the same things.

The conspiracy claims that a large disc of some sort was found on the ranch and that the government got there quickly to cover up the evidence. Following this, various rumors started as to whether it was a UFO, plane, or military vehicle.

A few years later, the US military confirmed that it was some sort of weather balloon that fell during the Soviet Union’s nuclear tests.