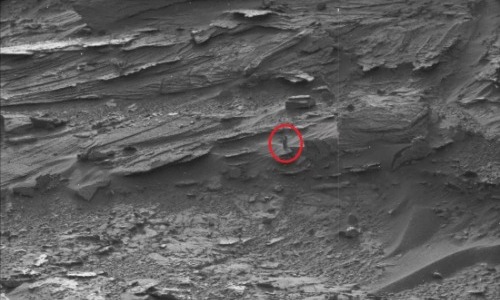 16. A Weird Sighting on Mars

NASA’s rovers, the Opportunity, and the Curiosity roam mars and regularly take pictures. This gives viewers an insight into what is happening on this planet and allows us to see what the rovers are seeing while on this red planet.

Most of the time, all the images that these rovers take are raw images and have no editing, which is now causing some to speculate about what is being seen.

In 2008, a photo was released by Opportunity, and individuals online started rumors about a woman that they thought they saw. With all the rocks and shadings that Mars has, it’s easy to pick out shapes or figures and make them into something they are not.

Of course, there was no person on Mars, and whatever the rover picked up was purely a coincidence.