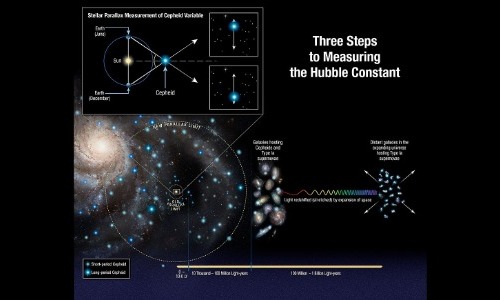 When it comes to measuring the expansion of our universe, we need to use metrics, formulas, and measurements from the movements of galaxy clusters.

Even if these galaxies are physically moving, the data is coming back showing that there has been fast movement. Apparently, the farther something is, the faster it seems that it moves away, which scientists now have named Hubble’s Law.

This is a law that does everything in numbers and is said to be one of the most important numbers in cosmology. Luckily, this formula is used to determine the rate at which our universe is expanding.