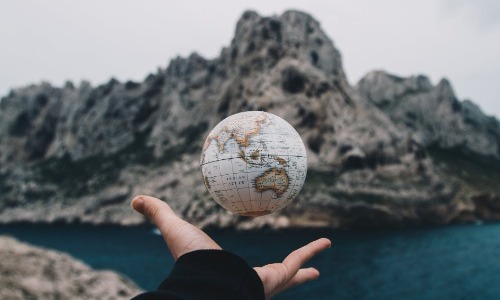 The expansion of space can sometimes be defined as the force that’s used to push objects apart. This might not be the most accurate description of what expanding space actually is, but it still tells us a lot.

Gravity now can come into this discussion. Once objects are formed, they are bound by gravity. Due to this, they can drop out of space expansion, and will sometimes not increase their distance away from selected points. The second that they are bound, they will no longer move.

For some smaller objects found in space, gravity will take precedence over redshifts, or whatever else is causing the universe to expand rapidly. Gravity can sometimes act on objects and pull them closer or push them away, but there isn’t much of this happening in space that scientists have found.